A Beginner’s Guide to Hydrogen Peroxide: Uses and Safety Tips 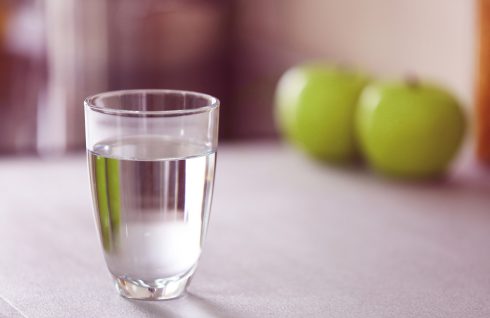 Hydrogen peroxide can be used for various things. Even though it’s a common household cleaning item, it doesn’t mean that you don’t need to handle it with caution.

If you’re wondering how to safely handle hydrogen peroxide and the different ways you can use it, you’ve come to the right place. Continue reading this brief guide that will give you all the information that you’ve been looking for.

Before we get into some safety tips, let’s glance into how hydrogen peroxide can be used.

What Is Hydrogen Peroxide?

Hydrogen peroxide is a common chemical that can be used to disinfect everything from your ears to your counter-tops. You need to make sure you use it carefully and correctly, or you’ll risk exposing yourself to harsh chemicals.

One of the most common uses of hydrogen peroxide is as a disinfectant. Peroxide can kill multiple things, including fungi and viruses. Especially during a time when people are spreading COVID from one person to another, you’ll want to ensure that all of the surfaces of your home are wiped down.

However, before you use peroxide as a cleaning agent, we recommend following the bottle’s recommendation to dilute the solution correctly. Not mixing the right amount of water and peroxide could make the solution overwhelming and challenging to deal with if you accidentally spill it.

Once you’ve created the cleaning solution, you can then use it on counters by pouring some on the surface and letting it sit for up to 15 minutes. After you’ve let it soak on the counter surface, you can then take a paper towel or clean dishcloth to wipe the solution off.

Before you consume fresh fruits and vegetables, you should make it a habit to wash them off. You don’t know what chemicals and pesticides were present in the soil in the area where the fruit and vegetables were grown.

Before you eat them, mix some hydrogen peroxide with water and let the vegetables sit in the solution for a maximum of 20-30 minutes. When you do this, it will remove lingering bacteria and ensure that the vegetables last longer than they would’ve if you’d not soaked them.

We’ve all gone to the store and bought expensive stain removal chemicals without realizing that we had the items needed to remove stains in our homes. One of hydrogen peroxide’s many uses is removing stains from clothes, including blood and grass stains.

Suppose you’ve been looking for a way to whiten your teeth. Forget about all the whiteners you see on television and grab the hydrogen peroxide. Mix a little bit of the peroxide with your daily toothpaste and then brush your teeth regularly.

You’ll be able to see a noticeable difference in your smile after the very first brush. It’s recommended that you ask your dentist about using hydrogen peroxide before using it because some toothpaste already has peroxide.

Alternatively, you could make homemade toothpaste. Now that you know of some ways to use it, we think it’s time you learned about the safety tips for handling hydrogen peroxide.

Whenever you’re using a mixture of hydrogen peroxide, it’s recommended that you wear a mask and ensure that you’re using it in a well-ventilated area. When you use hydrogen peroxide in an enclosed space, it can make it challenging to breathe, and in the most severe cases, you may cease breathing altogether.

When working with the chemical, don’t use it for a prolonged period.

If you accidentally swallow some hydrogen peroxide, the last thing you’re going to want to do is to try to throw it up. If you throw up, you risk damage to your esophagus and can leave your throat raw and soar.

If you’ve swallowed it, seek medical attention immediately and if you’re wearing tight clothing, remove or loosen the clothing.

Much like accidental ingesting, there are times where we all become clumsy and may knock the hydrogen peroxide solution onto ourselves or our clothing. If you’ve gotten the solution on your skin, you need to immediately run the area under cool water and afterward cover your skin.

If you’ve gotten it on your clothing, remove your contaminated clothes and rinse the skin affected by the hydrogen peroxide. When rinsing the skin using a mild soap to cleanse the area.